The history of the hotel 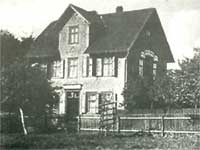 The hotel restaurant "Zum Büraberg", a lively and traditional symbol of good hospitality, was acquired in 1939 by master baker Karl Seibel together with his wife Anna. From then on it developed from a village inn into a hotel and restaurant with a personal touch and tradition that is known far beyond the borders of the town today.

When Karl Seibel did not return from the war in 1945, Anna Seibel stood alone with her two children Karl and Karla, but Mrs. Seibel now managed the economy on her own. Even in these difficult years, the house made history and Mrs. Seibel remembers the time when Russian prisoners of war were cooked in the cellar, when Hollerith machines were set up in the hall and punched cards were used, when soldiers were accommodated and refugees lived in the guest rooms. The Americans also used the rooms as apartments for some time.

From 1948 onwards the social life in the village was more cultivated again and people met more often at theatre events, club evenings and round tables in the guesthouse and in the hall. At the beginning of 1950 the small hall was renovated. There were dance events again and the fair was celebrated again soon. 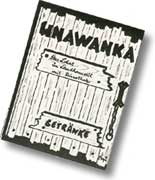 In 1966 daughter Karla took over the restaurant business. Under her direction, the old fair hall was converted into a dance hall. A discotheque for young and old was established, which became famous and popular under the name Unawanka. In 1976 the company decided to take a new direction. With a large reconstruction a federal bowling alley and some guest rooms were created.

On New Year's Eve 1986 / 1987, a fire triggered by a firecracker completely destroyed the hall and the adjacent buildings were affected. In 1987 a modern and comfortable hotel with guest rooms, restaurant and ballroom was built in the course of the reconstruction within eight months. 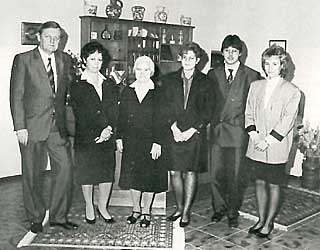 After an extension in 1994, the hotel now has 34 rooms and 5 conference rooms.

1999 - The 3rd generation takes over the family tradition. Karla hands over the helm to her children. In the same year, just in time for its 60th anniversary, the hotel was the first in the Schwalm-Eder district to receive the new plaque of the German hotel classification, which allowed the company to adorn itself with three stars and to call itself a "comfort hotel". 2009 - Oliver and Monika Heidenreich lead the hotel into its anniversary year. The municipality of Ungedanken celebrates its 800th anniversary and the hotel restaurant "Zum Büraberg", in which some chapters of recent village history have been written, celebrates its 70th birthday.

The façade changed, but the company's own claim to quality has remained: to convey cultivated hospitality in a cosy atmosphere. It was not always easy to fulfil this demand and win the trust of the guests. It was only possible thanks to the dedicated efforts of the family members and employees who made sure, both in front of and behind the scenes, that the guest in the hotel restaurant "Zum Büraberg" could and will feel comfortable in the future.